Vision Express acquired over 200 Tesco Opticians in late 2017 and enlisted the support of The Tonic to support the acquisition announcement to national media, and subsequently plan and deliver PR events to launch the re-branded stores, in line with an intensive refurbishment schedule that saw around 12 outlets open every week between January and June 2018.

The Tonic’s strategic approach was to cluster stores by regional area – and media patch – and identify one store per cluster to hold a PR event at, with a special guest arranged to officially open it. A total of 45 MPs and Mayors were engaged to participate in the celebrations, alongside a similar number of ambassadors from Vision Express’ charity partners- the Childhood Eye Cancer Trust, Stroke Association, International Glaucoma Association and Macular Society. Customers who had compelling stories to tell from a condition being detected via an eye test were also invited to join the opening events, plus high profile individuals, such as Olympian Bryan Steel and Paralympian Darren Harris. The Tonic team took responsibility for project and event management, from briefing guests, to booking photographers, liaising with stores, onsite event handling, and developing and pitching media stories. Key results achieved were:

Jenny Wye, senior PR manager at Vision Express, said: “This project was crucial to the business and involved engaging stakeholders across both Tesco and Vision Express, working within tight timescales and managing many moving parts. The Tonic team dealt effortlessly with the challenges inherent in such a large, intensive project – including a snowstorm that brought the UK to a standstill. They worked seamlessly with our in-house team and executed a rolling programme of nationwide events and PR activity to an extremely high standard, exceeding KPIs and delivering an impressive volume of positive, on-brand coverage.” 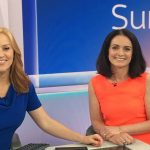 Food for thought? The Tonic launches research into nutrition to delay Alzheimer’s 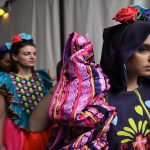