To maximise exposure around its renowned fashion courses, the University of Northumbria commissioned The Tonic to deliver PR and media relations for its two major catwalk showcases in 2018.

Students also showcased their collections at the Newcastle Fashion Show, held at the BALTIC Centre for Contemporary Art, in Gateshead.

The Tonic worked alongside the University’s students and academics, as well as fashion media and industry professionals, to promote the students’ artistic work and help them take the first steps of their creative careers.

The Tonic designed an informative and in-depth press pack containing information and case studies on the showcasing final year students, which was issued to a targeted list of national and regional media, as an invitation to both catwalk shows. Attendance was secured with national publications including Now and Star Magazine, as well as a selection of high profile lifestyle bloggers – creating an online buzz on social media during both shows.

A digital calendar was developed for the University’s official social media platforms, both on the run-up and during the two fashion events; successfully engaging with event organisers, bloggers, attending media and well-known fashion brands.

An agency team member attended the events in London and Newcastle; liaising with journalists on-the-ground and interviewing students post-event, as well as posting live social media updates straight from the front row.

The University successfully scooped two awards during the Graduate Fashion Week event; after which The Tonic liaised with the winning students and event organisers to garner media attention both nationally and in their hometowns.

The fashion project delivered positive coverage in print national and regional press publications around the country, including the front page of the Shields Gazette and a three-page feature in glossy magazine Living North.

In total, The Tonic secured over 30 pieces of online and offline coverage across the two-month campaign, with an online readership of 4.9 million. The University also appeared internationally online in Vogue Italia. 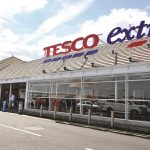 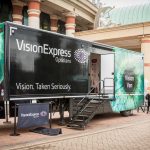 Driving the importance of eye health across the UK